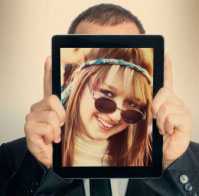 It has been revealed by the World Bank in a report that many PDF files are never read and remain buried in servers. The finding came despite a fact that PDF is the standard file format for academic papers, political briefings and research notes, and it is being used to store valuable information. The working paper determined which reports (released by World Bank) were widely read or even not read at all.

The report’s authors, Doerte Doemeland and James Trevino, have been quoted saying that “It is, however, important to keep in mind that many policy reports were not intended to reach a large audience but prepared to assess very specific technical questions or inform the design of lending operations.”

PDF is a portable document format and was first introduced by Adobe in 1993 as a means to render documents containing rich text formatting and inline images in a consistent way across multiple computing platforms and various software packages.

Vaishnavi Sood - October 20, 2020 0
With TikTok losing its Indian base, Instagram is currently one of the largest social media platforms out there. The image and video...