With iPhone 5 Apple’s Shares Rise by 1.4 Percent, Expected To Be A Major Booster To It’s Sales 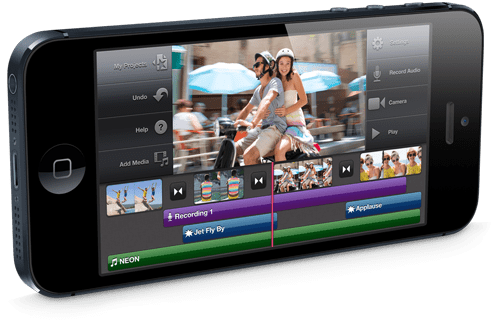 Tech giant and world’s most valuable firm; Apple Inc uncovered its latest next-gen smartphone, iPhone 5, which came out after a long wait of almost a year, just as iPhone 4S was launched.

The new version of iPhone is quite similar to what was speculated. It boasts a larger screen, faster chip, cool looks and supports speedier wireless networks. With its latest offering, Apple hopes to lead and stay ahead of its rivals- Samsung, Google, Microsoft Corp. and Nokia Oyj who are its biggest competitors in the smartphone market, which stands at a value of $219.1 billion.

With a glass and aluminum casing, the stylish iPhone 5 has a chip to process commands swiftly. The 4-inch screen is slightly bigger than its predecessors, which had 3.5-inches screens.

Apple also worked on its mobile software, adding 3D mapping, closer integration with Facebook and improvements on the Siri voice-recognition tool. With the revamped speech-command service Siri, users of iPhone 5 will be able to search for sports scores and make dinner reservations by simply speaking to the smartphone.

Following the launch of the enhanced iPhone 5, Apple’s shares gained 1.4 percent to $669.79 as of the close in New York, extending this year’s surge in Apple’s stock to 65 percent.

With iPhone 5, Apple hopes to sell around 48.2 million units by the end of Christmas season.

Since the debut of iPhones in 2007, Apple has sold more than 244 million units, which made the handset accountable for Apple’s two-thirds of profit.

Apple iPhone 5 is predicted to be the biggest hit of Apple’s smartphones so far.

The new iPhone, Apple’s sixth since 2007, works with LTE, data networks, which were introduced by companies including AT&T Inc. and Verizon Wireless. Samsung and Google’s Motorola Mobility also offer handsets that run on LTE, which carriers say offer quicker video, music and other content downloads, compared with the existing wireless networks.

Adding a bigger screen is Apple’s way of following a trend, which Samsung, HTC Corp. and Motorola Mobility started with their smartphones.

Pre-orders of iPhone 5 start today, Sept. 14th. The phone will hit the shelves on Sept. 21st. According to analysts, Apple may sell 10 million units of iPhone 5 by September end and the total number may reach to 48.2 million by December.

To achieve that big a mark poses a tough challenge to Apple, as the rivals are all set to prove they can break more ground and outshine more than the Cupertino Calif.-based company.

How to Recover Deleted Files from Android without Root?

Learn how to translate text on a photo on iPhone here!