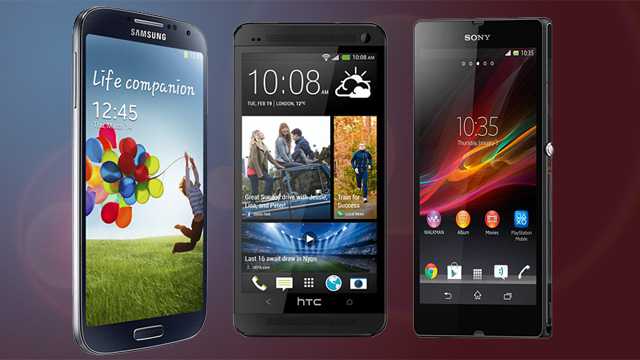 The Galaxy S4 still maintains its spot as one of the top Android smartphones in the market. That is not expected to alter for at least a few months till the much talked about successor Samsung Galaxy S5 makes an appearance in the market. Lets take a look at some of the expected Galaxy S5 features and release date.

While Galaxy S5 frenzy is yet to begin, there are probably plenty of smartphone buyers looking at rumors and weighing them against the current collection of devices in stores.

Rumors are already in the air about the 2014 flagships and one device that is much discussed is the Samsung Galaxy S5. Once the much awaited mystery model is unveiled there is no doubt that there is going to be an unavoidable battle between Samsung’s next Galaxy S and one of the best Android smartphones now available in the market, Samsung Galaxy S4.
While there are still plenty of questions unanswered about the Galaxy S5 tale, we bring you some rumors which we’ve heard.

Samsung Galaxy S5: Size and Build
After its long favored use of plastic, Samsung has finally opted for a metal as part of the design for its upcoming smartphones, starting with the Galaxy S5.
Galaxy S5 may possibly be 5.2 inches with its chassis being a few millimeter taller and wider than the current Galaxy S4.

Samsung Galaxy S5: Camera
Recently, there have been talks of an impressive 16 megapixel camera, a 64-bit quad-core processor and Samsung’s ISOCELL technology for better low light photography are in the air.

Samsung Galaxy S5 Display
The Galaxy S5 display is expected to be extremely well protected, as Samsung has entered into a contact with Gorilla Glass maker, Corning. The only questions now are how big will the display be and will it be fortified with the same flexible Samsung Youm display?

To see who turns out to be victorious in the battle between the Samsung S4 and its successor Samsung S5 in terms of customer preference and performance we have to hold our horses and wait till the new model unmasks itself.

Is Samsung Galaxy S5 the Best Smartphone To Purchase