Last year, when Twitter introduced the ‘Night Mode’feature for its mobile app, people just could not stop gushing about how much they liked it. Now, the company is introducing this ‘Night Mode’ option to its desktop website. Some fortunate users are already enjoying the feature, which is yet to be rolled out to large masses.

How does it work?

Clicking on the profile picture on the top right side will display a menu containing ‘Night Mode’ option. Clicking on ‘Night Mode’ will turn your Twitter screens dark. As of now, the feature is only available to few Twitter users for testing. It is not clear when this feature will be available officially. However, Twitter users are already excited about the new desktop feature that is easier on the eyes. The Night Mode feature will allow you to tweet in a night-friendly mode. It has a relaxing influence on the users. Some find the site much better in Night Mode on their mobile devices. Last year, the new feature was introduced for iOS and Android devices. Some users say Night Mode on their mobiles is encouraging them to use the Twitter app more frequently on their mobile.

What do we expect?

The Night Mode feature on Twitter is giving users a chance to enjoy the social networking site in a different color theme. If you are bored with existing Twitter appearance, try the new Night Mode feature and see the magic. But, for now, the feature is only available on mobile apps. What’s more, the new feature will help users avoid strain to their eyes by shifting to Night Mode that is easier to the eyes. By clicking on the ‘Night Mode’ on your desktop screen will replace the white screens areas with a dark gray screen. The Night Mode feature can be found by clicking on the profile picture. After you click, you will find an option at the bottom of the pop-up list. 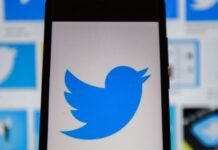 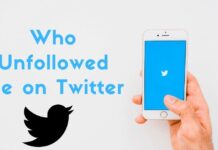 Wondering which Laptop is Best for Students?

Shikha Jain - January 22, 2022 0
Laptop and tablets have become a necessity for all students today. Slowly and steadily, classrooms are becoming smarter and digitised. This means that students...

How can I Recover or Claim a Deleted Facebook Page?

How to Identify Fair and Legitimate News Websites

Om Kumar Jha - January 18, 2022 0
The spread of fake news has taken over the whole world in this post-truth era. India, being world’s biggest democracy, with millions of internet...