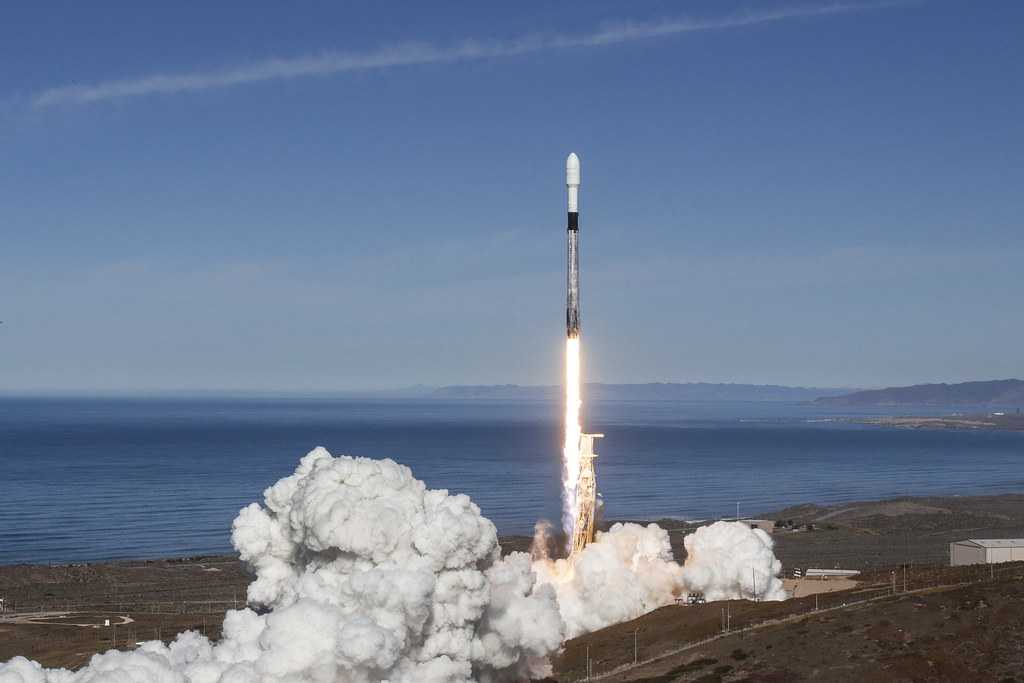 Elon Musk’s SpaceX has announced that it is ready to launch its first crewed spaceflight on May 27. National Aeronautics and Space Administration, NASA has already given its final go-ahead for the crewed space fight on Friday. If the weather remains favourable, SpaceX can start a new era of commercial crewed spaceflights on Wednesday.

A SpaceX Dragon capsule atop a Falcon 9 rocket will take off from Cape Canaveral in Florida, at 4:33 pm on Wednesday. The space capsule will have two NASA astronauts, Bob Behnken and Doug Hurley on board. The docking at the International Space Station has been scheduled for 19 hours after the take-off.

The upcoming event will mark the first-ever crewed spaceflight to an orbit on a privately owned vehicle. Moreover, it would also be the first for astronauts to fly from the U.S. soil since the shuttle program ended in 2011.

It has almost been eighteen years since Elon Musk began his journey as a space entrepreneur. Elon Musk founded Space Exploration Technologies Corp. in 2002 with a mission to enable humans to live on other planets. Launching humans into orbit will be the biggest defining moment of the firm so far and also its biggest test.

Notably, the US state space agency, NASA has also been a key partner in SpacesX’s two decades of journey. NASA awarded SpaceX and Boeing Co. a combined $6.8 billion in contracts in 2014. The US space agency hopes to revive America’s ability to fly to the orbiting lab without having to buy seats in the Russian Soyuz capsules.

NASA has already paid $3.5 billion to purchase 52 rides to space from Russia since 2011. It is hoping that the commercial spaceflight mission will take over these missions in the coming years.

However, the sudden resignation of Douglas Loverro, the former Human Spaceflight Chief at NASA just before the launch of SpaceX capsule attracted a lot of speculations on the project. Loverro’s abrupt departure left the responsibility of going ahead with the SpaceX mission on the agency’s Associate Administrator Steve Jurczyk.

The Wednesday launch is the last step for SpaceX to win NASA’s approval for regular crewed flights to the space station. Bob Behnken and Doug Hurley are scheduled to meet with the Expedition 63 crew members already in the orbiting lab on Thursday. Moreover, a press conference from the space station is also scheduled for May 29.

Several space experts and former astronauts have referred to the mission as a breakthrough for space development. The potential success of the mission may also open up further possibilities for space tourism.

But, given the current health crisis caused by the COVID-19, NASA has discouraged people from mobbing Cape Canaveral. However, it is reportedly planning hours of programming around the #LaunchAmerica event. Furthermore, as per the news reports, President Donald Trump and Vice President Mike Pence are also planning to attend the launch.

Yet, the weather forecast for isolated thunderstorms or rainstorms can delay the SpaceX mission to May 30, 2020.

As Elon Musk Turned 49, We Have 7 of His Most Outrageous Tweets

Vaishnavi Sood - July 9, 2020 0
Google has announced to shut down its cloud computing product for China. The project was internally called Isolated Region. It aimed to...

Android TV vs Smart TV : What is the Right Choice...

Why I Will Choose Jio Messenger App Over WhatsApp?

Mirrorless vs Full Frame vs Half Frame Camera: All Your Doubts...

Techthirsty Team - July 9, 2020 0
Hi guys! We are so excited to launch the TechThirsty YouTube Channel. We have been receiving so many...

Google Bans Huawei: Here’s All You Need To Know

Camille Schrier has become the first biochemist student to win the Miss Virginia title. The future pharmacist wowed the judges with a...
Read more
Women In Tech

Fashion today is incomplete without hi-tech wearables. A smartwatch or a sleek phone can amp up your style game as much as...
Read more

Last year, when Twitter introduced the ‘Night Mode’feature for its mobile app, people just could not stop gushing about how much they liked it....
Read more
Latest News

If you have grown up with Microsoft Paint as a rescue to all creative worries, Monday must have looked like a black day in...
Read more
Company News

Why Was Google Slapped With a$2.7 billion Fine?

You know what they say about monopoly—it is business at the end of its journey. To think of Google here would sound exaggerated right...
Read more
Gadgets

In a spin over fidget spinners

Till sometime back, you would have been reprimanded for being fidgety.Currently, a restless nature is trending and help is available at your fingertips. Or...
Read more
Latest News

The New Snapchat Update Has Parents in a Tizzy

Picture source: Netsafe Almost every few days, Snapchat rolls out a new fun filter for users to play around and click photos with. You could...
Read more

Who is Bozoma Saint John? The New Netflix CMO

The "Stop Hate for Profit" campaign is gaining momentum in a way that Facebook cannot ignore. In the last couple of months,...
Read more
Company News

The Indian-origin Trell app garnered an additional 1 million downloads in the last 24 hours. The upsurge of the Indian platform has...
Read more
Company News

As Elon Musk Turned 49, We Have 7 of His Most Outrageous Tweets

The serial entrepreneur and one of the most controversial billionaires of our times, Elon Musk turned 49 today. His total net worth...
Read more

Android TV vs Smart TV : What is the Right Choice for Me?

Mobile phones have become smarter and watches more functional. Similarly, technological innovations have taken over the world. The market is flooded with...
Read more
Gadgets

Mirrorless vs Full Frame vs Half Frame Camera: All Your Doubts Cleared

For anyone who is looking to invest in a good camera, the options can be really overwhelming. Obviously, one can use a...
Read more
Gadgets

Motorola’s Moto 5G Plus Has Us Hooked

We just saw a glimpse of the latest Moto 5G Plus and we are mighty impressed. Motorola's upcoming Moto G 5G Plus,...
Read more
Gadgets

Sharp Smart TV is one of the leading players in the global market for smart TVs. Many of its smart TV sets...
Read more
Gadgets

Flavour is the king when it comes to food and drinks. With the rise of molecular technology, bartenders are incorporating coolest bar...
Read more