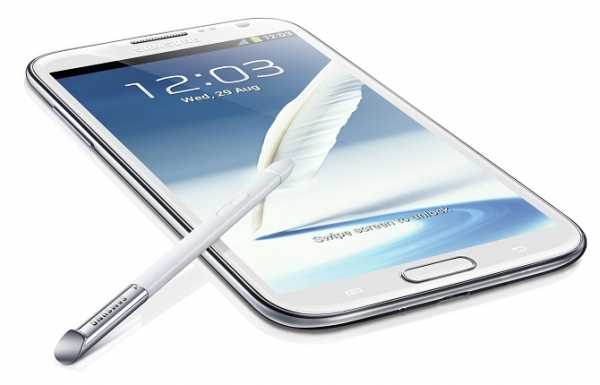 Samsung is pushing a lot of devices into the market of smartphones to maintain its foothold, targeting a lot of people, from different settings. Let’s take look at Samsung Galaxy S3 and Galaxy Note 2 to weigh down their specifications and features individually.

Samsung has recently uncovered its latest Galaxy Note 2, giving users in various counties another option to splurge on in the market of smartphone. This new device by the Korean manufacturer will hit the US market in a couple of weeks. With a size bigger than other smartphones, the Galaxy Note 2 is seen as a mixture of phone and a tablet and therefore is widely been called a phablet.

However, the huge size of Galaxy Note 2 has not deterred people from using the device to make phone calls.

To start, let’s compare the screen size. Samsung’s Galaxy S3 also comes with a big screen that is 4.8-inch in display. But that size looks smaller in front of Galaxy Note 2’s screen, which is 5.5-inch in size. The 4.8-inch Super AMOLED display of Galaxy S3 has a resolution of 720×1280 pixels at 306ppi. The second-gen Note on the other hand also has the same resolution, but pixel-per-inch-rate falls to 267 due to the larger display. The device also uses Super AMOLED capacitive touchscreen technology. Both devices are protected against scratches by Corning’s Gorilla Glass 2.

Both the smartphones got best specifications that any other smartphone has in the market. With these two devices, the Korean company has taken a plunge into the smartphone sector, only to be the leader.

When it comes to form factor, the latest version of phablet is seen as a bigger version of the Galaxy S3. With diverse functions, both the devices aim entirely different customers. Consumer can buy Galaxy S3 just as a smartphone, while the Note 2 can be seen as a device, required for those who need to write and consume more data than to call and receive calls.

Next in line is the processor. The Galaxy S3 and Note 2 come equipped with the same Exynos 4412 Quad chipset inside. The new quad core-based chipset from Samsung is powerful. The devices also run on the same Cortex-A9 processors, but they differ in clocking speed, which is 1.4GHz for Galaxy S3 and 1.6GHz for Galaxy Note 2. The handsets extract their graphical performance from the same Mali-400MP GPU. Yet, the S3 has only 1GB of RAM, which is 2GB in Note 2.

The Galaxy Note 2 also comes pre-loaded with Jelly Bean. The Galaxy S3 on the other hand comes with Android 4.0 Ice Cream Sandwich.

Samsung widely publicized about the S3 in two memory variants; 16GB and 32GB. However, the Note 2 is announced to come in 16GB, 32GB and 64GB versions. Both devices got microSD slots, with 64 GB for the S3 and 32GB for the Note 2.

Meanwhile it’s a smart stylus that comes in the Note 2, which has given it a smarter look that’s surely to be loved by all.

Best Laptop Brands In The World 2020