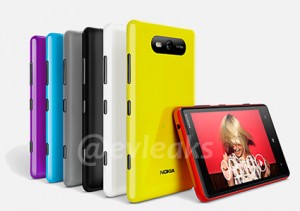 Lumia 1020 with its outstanding camera features is going to make headlines everywhere. ‘The next big thing’ is ready to evolve beyond the traditional idea of a smartphone.

CEO Stephen Elop showed the world all the bombastic features connected with 41MP PureView camera of Lumia 1020 recently. Nokia believes its latest flagship will offer prospective users true control and confidence in capturing their lives at the press of a button.

In the words of Nokia’s reps-with the Lumia 1020, the first picture you take will hopefully be the picture you keep. Granted, it make take the phone a little longer to save the 15MB image, but the aim is that it’s worth the wait.

The phone’s Pro Camera app should alleviate some of the unease and uncertainty users might have about getting the shot just right, as well. Useful features like Reframe allow you to craft multiple images from just one massive 41MP shot, while more experienced photographers will still find all the ISO, f-stop, and shutter speed options they could hope for, allowing them the same level of customization they have with a full camera in a device decidedly smaller. The features aren’t inaccessible to the non-photographers among us, either. Regardless of which app you use, all photos are taken with the new stabilization, multi-layered lens, and flash, which should help give even novices a chance at capturing the elusive “perfect” image.

Pro Camera’s Reframe takes all the guesswork out of the equation, and lets you snap pictures now and decide what the story is later, without the loss of pixel density or fidelity. Lens and flash coming with the Lumia 1020 will do a lot of the heavy lifting in making sure photographs turn out the way you intended.

The Xenon flash is brighter and faster allowing users to take pictures in low light also. Additionally, the five lenses (one glass, four plastic) compacted together to create the Pureview design have stabilization measures built-in to ensure they all move in unison.

The Lumia 1020 is not at all a piece that could be afforded by all. It is priced at $299.99 in the U.S. or about £199/AU$327. As it will be arriving in just a few weeks in the U.S., we will soon discover that if consumers are willing to shell out premium prices for the convenience, and confidence, the Lumia 1020 provides or not.

However, the Lumia 1020 has been fine-tuned to appeal to the snap-happy consumers that have flooded social networks with pictures of everyday life, while also offering power and performance that should impress pros.