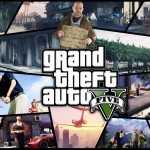 GTA or better known as the grand theft auto 5 is one of the popular games that have won several accolades. However, the game for the consoles has come out with some conspiracies when the announcement of the online and PC version was done. Another addition to the conspiracy has come up stating the problems related to the working of GTA 5. In addition to this, it is even been stated that a conspiracy was being planned by the leaders of gaming consoles to delay the launch of GTA 5.

No matter what the conspiracies are stating, the makers of GTA 5 are stating that, the GTA 5 online version along with PC version will be launched soon. In addition to this, the developers of the game are stating that it is an honor to get the renowned game on the PCs of users after the gaming consoles. Along with this, the developers have stated that all the conspiracies that are planned against GTA 5 are not true and hefty amounts of money is being invested to make the game a success in the market as it is a plan of expansion. The industry experts have stated that, no matter what all stories of conspiracy is being cooked, GTA 5 will always remain the number one game.

Vaishnavi Sood - October 18, 2020 0
Legal age for driving a motor vehicle is at least 18 years of age in most countries. While some countries do allow...

Torrential downpour in Hyderabad is keeping the city on high alert. Hyderabad weather has been severely affected with heavy rains, which have...
Read more
Latest News

Boycott Tanishq: Is There Anything Wrong With the Tanishq Advertisement?

Social Media is the 'New Police' with the power to make or break businesses, individuals, brands, and everything else. it’s the day...
Read more