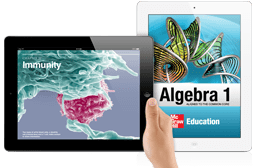 After its rumor & grapevine that the iPad 5 would release late September or early October this year, it’s only fair to compare it to it’s worthy opponent, the Google Nexus 10, already in the market.

Display-wise, the Retina display of the iPad  5 is a 9.7-inch (diagonal) LED-backlit Multi-Touch display with IPS technology. With a Fingerprint-resistant oleo-phobic coating, it displays a 2048×1536 resolution at 264ppi. Not to be left far behind, the Nexus has a 10.055 inch 2560 x 1600 (300 ppi) resolution, WQXGA True RGB Real Stripe PLS and a Corning® Gorilla® Glass 2 display.

The Operating System on the iPad 5 is the famous iOS version 6.1.4 & The Nexus,
an Android version 4.2 (Jelly Bean)

Camera: We’re likely to see an 8-megapixel rear-facing camera on the iPad 5, which should improve the quality of the tablet’s shots. The Nexus hosts two cameras, the Main (rear) camera of 5 MP & a front camera of 1.9 MP.