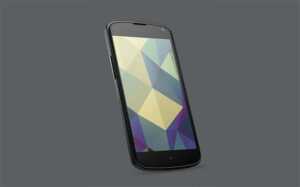 With a glance of Google’s LG Nexus 5, it is safe to say that the uniquely co-branded Android KitKat 4.4 OS should be out in stores almost immediately. October does become a rather eventful month now, looking to include the release of Google’s latest in its last few days.

The vertical design on the Nexus 5 does make Google take up a “forward march” stance in this war against all Android based competitors. This new design has also surely made the ground shift under Apple’s feet after their recent release of the iPhone 5.

Various users, critics and sources have credified the fact that a white colored model is the best selling color with regards to cell-phones these days. So another level up from Google as their LG built phone is probably going to house a white model. Who doesn’t like a smooth, shiny & un-spoilt white cased smartphone ?