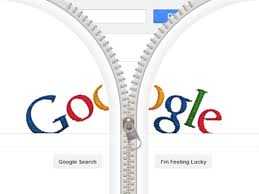 Are you one of those tech crazy youths who fall for  Samsung Galaxy S4  just like that? Well, if you are really, here’s a great news for you. Google is soon going to release its own identical smart phone for Samsung galaxy S4 and the most interesting fact is that the new Galaxy version android jelly bean. This upcoming phone will possess a snapdragon 600 processor, the 13 MP primary camera and 16 GB storage unit. The excellent groups of softwares the phone possess are something to grab people’s attention such as eye tracking and touch pad gestures.

The Google map application is opened by millions of web users everyday throughout the world. Although, there are various supportive features in this application right now also, still the company wants to adore the application with certain kinds of enhancements. Local highlights, refreshed appearance and the custom made features of the Google map service are the leading changes introduced by the company.

Excitingly, Google has released over 41 features along with logarithimic calculations, innovative computer deals and photo manager tool for upgrading its Google plus application. Making a panoramic image out of a photo is also possible now in Google plus.