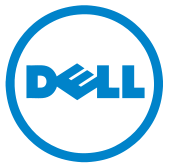 Dell, has gone on air stating that it will now extend support to new Indian startups since the latter have begun to offer ideas that are innovative and can change the way the world is today. Dell has proposed to offer technological support and also assistance across the avenues of scaling, capital as well as seeding according to the needs of the entrepreneurial venture, confirmed Michael Dell, its chief executive. He also praised the variety in the startup scene in India while also mentioning how the climate in this niche has changed over the last half decade.

The chief executive recently met few Bengaluru startups such as InMobi and has already appreciated these firms for the “amazing work.” Dell has also stated that while it could invest in start-ups in the coming years, it will not venture into manufacturing smartphones anytime soon. When quizzed why, Dell said that only a couple of makers were raking in profits while most have been facing a loss story. Dell is also now a private venture and Michael Dell also asserted how this move actually benefited them while also healing employees to make quicker decisions.  He stated, “Going private is allowing us to focus on future for two or five years. Employee satisfaction is at the highest this year…”

Dell Looks Into The Future

Dell is looking at expanded its India arm for products/services since the country alone accounts for 30 per cent business while also ranking as the third largest market for Dell products. The company is currently enhancing its reach and investment base in India for services, data center offering, global finance as well as R&D. According to reports from Data Corporation, Lenovo is the leader in PC shipment, followed by HP and then Dell.

Phicomm To Start Research And Development Unit In India

Is Windows 10 Ready For Release? Microsoft And Dell Have Varied Opinion