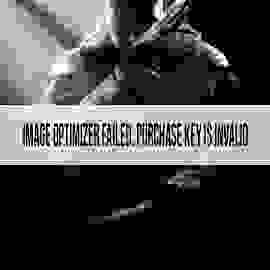 ctivision’s latest outing on the Call of Duty series promises to be a toughie to beat with its innovative settings and enhanced game play. It has also tried to reduce its errors from last time to offer a more qualitative product…

Treyarch and Activision’s FPS venture, ‘Call of Duty: Black Ops II’ is still pitching forward with a distinct edge over its close rival, 343 Industries’ Halo 4. With the figures ending October 20 mentioning it to be the highest grosser, the game has really improved in leaps and bounds. Unlike the Microsoft team which has relied heavily on its marketing team to push it forward, the Call of Duty series has relied on its sheer ingenuity.

They have always worked with set formulae but backed it with a superior engine which plays out at 60 frames per second as compared to 30 frames in other contemporary games. And as game director David Vonderhaar confirms that they have improved upon this as well and enhanced it with superior graphics and lighting effects as well. Of course, the multiplayer details and game play trailer would validate this as well. They have gone ahead and even picked up the future scenario with its set of modern weaponry which will give it the necessary twist.

The game has also enhanced its multiplayer abilities with newer possibilities of coops being possible across various diverse regions as well. This feature is an addition to the Black Ops 2 and if you have a good internet connection then you can play across the board from anyone in any country. Previous versions only allowed gamers from a particular region to be playing alongside with no connection whatsoever to other gamers.

And if you are still not convinced, then trust Treyarch to throw some freebies to spice up the bargain. Pre-order users get their hands on a premium Elite subscription besides the NukeTown 2025 Bonus Map. Treyarch even titillated audiences with a preview trailer of NukeTown as well. Gamers would also get to have access to the Double XP Launch Weekend as well. Coming to the DLC, Black Ops II Season Pass (on Steam) is also available at a price of 49.99$ which provides you with 4 Epic DLC Map Packs including the famous Zombies playable content and multiplayer combat options as well. The Maps may separately cost you 14.99$ a piece which would be at least 10$ more than the saver pack. They will be released across the year 2013.

Also, in case you want a grip extender, then do try the new range from KontrolFreek which has released the FPS Havoc which can improve your game play and also offer the cool look to your controls as well. It comes at a price of 13.99$ but is useful for a wide variety of games as well. The latest edition of Call of Duty is priced at 59.99$ for the pre-order version with a release date of November 13, 2012. Activision has come out with its final launch trailer and now the battle remains only between Black Ops II and Halo 4 on being the most successful game of Fall 2012.

Call of Duty: Warzone Will Have Night Mode And A New Map Location

Play It Online: Online Games You Can Play With Your Friends