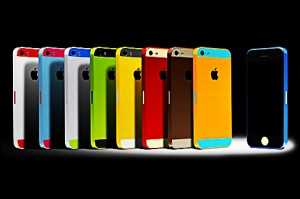 Amidst falling popularity and worrying concerns, Apple seems to be delaying the next-generation iPhone even more. We expected either an iPhone 5S or an iPhone 6 to be announced shortly, but according to the latest rumors, we’re just going to have to wait for a longer time.

In the meanwhile, however, Apple is expected to unveil a few models of the low-cost iPhone. We initially were hoping to see just one low-cost iPhone, but it’s possible that Apple is struggling to stay noticed in the competitive market and could go the Samsung way by expanding its range of offerings.

According to rumors, we could see Apple bringing out a lineup of cheaper iPhones along with the iPhone 5S sometime this year in a desperate bid to reclaim precious market share that it has been losing to its competitors, especially Samsung ( Samsung Galaxy s4 and s3). And for the iPhone 6, you’ll just have to wait till 2014.

Battle of the Giants: Samsung S6 Edge+ Vs iPhone 6