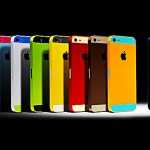 If Apple follows its usual formula, we can expect the New iOS 7 12th of August. By that yardstick, we can expect the iPhone 6 release date to be battered and patched again to september, since Apple developers have said that they expect two more Beta versions before the final release of the new iOS 7. Apple has stated that the official version of the iOS 7 will be available by this fall.

Last year iPhone 5 was released along with the iOS 6 – which was released exactly 100 days after it was initially announced. If Apple follows this process again, we can expect the iOS 7 on the 18th of September. Apple normally releases its new iOS software in tandem with a new device, generally the iPhone. What is different this time is that Apple might be releasing its fully fledged iPhone 6 or a cheaper model, the iPhone 5S.

Apple has given no concrete evidence as to when it will be debuting its new flagship smartphone and we can only hope for the iPhone 5S or the iPhone 6 to be released in September.

Apple iPhone 6, iPad Air 2, iWatch Release Date: Will History Repeat itself And Apple Would Launch Its Product in Fall?

Apple iPhone 6 Price Could Be A Bank Breaker: Will The Price Tag Be Worth It?